A popular dream for an up and coming band is touring. Whilst often perceived as something only ‘big’ bands do, It’s regularly achieved by those without a big following and can be great way of meeting new musicians and promoting your band.
Touring is all about planning, it often takes months to plan even just a week long tour as there are so any variables you have to consider. Below is an average day during a band’s tour.

10am – Waking up (often hung-over)on a sofa or floor in a sleeping bag (assuming you remembered to bring it!)

12pm – Getting your things together to leave for the next gig. Allowing time for vehicle breakdown and food/toilet stops.

4pm – Arriving in the town/city you’re playing – busking/handing out flyers for the nights gig.

6pm – Arrive at the venue, hopefully without too many problems. Load in gear and sound check. Find food for dinner and await stage time.

12am – finish gig, load gear back in and travel to where you’re staying.

When planning the tour, negotiate with the promoters on how much you’re getting paid and if possible somewhere to stay and some food. There’s no harm in asking, maybe the promoter will say yes! Getting a space on someone’s floor for the night is invaluable. You definitely don’t want to be spending money on hotel costs if you’ve only got £50 between 4 people. A lot of touring relies on peoples generosity, take what you can get.

Budgeting on tour is very important. Realistically with food and travel costs for 4 band members on tour you’re going to be spending a minimum of £50 a day. This includes cost for fuel, food and drink. Expect to be paying out extra for new guitar/bass strings, drum sticks and guitar leads too.

Having merchandise to sell on tour is a must. Whether it be your first full length album, or just a 4 song EP it’s something you can sell/give away to the public and promotes your band. You can also have t-shirts/badges/stickers/hats/wrist bands, the opportunities are limitless.

Don’t forget the reason why you’re touring. You’re promoting your band in the city you’re playing, you want everyone who likes your band in one city to come again the next time you play there. Always value your fans, give them free stickers/badges and extra bonus tracks on the CDs. People will appreciate it more and you can guarantee lots of bands won’t be doing it!

If you can, arrange contracts between the promoters at each gig. This will ensure they will keep to their side of the bargain and they can’t turn around at the end of the night and insist they never said they would pay you. The musicians union have basic contract templates you can download from their website. It’s simple, and another way of reducing the problems you may face on tour.
You’ll find there’s a lot of spare time in between gigs, if you’ve got spare hours to kill in a city – go busking. I can’t stress enough how useful and lucrative it can be on tour. It also gives you the opportunity to plug your upcoming gig.

Whilst it may sound like a nightmare, it’s incredibly enjoyable and once you’ve got the ‘tour’ bug. You’ll be hooked!

About the Author:
Adam Bennett used to work for Mr Bongo Records in Brighton, home of Jazz legend Terry Callier, Prince Fatty, Jorge Ben, and Hollie Cook. He worked for Mr Bongo for 2 years whilst living in Brighton and touring, not only playing his own music but also selling merchandise during a Terry Callier UK tour in 2009 and other various shows. 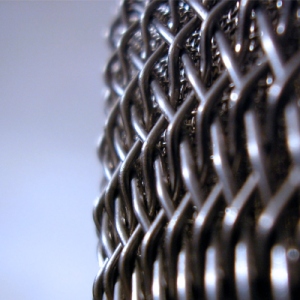 Many of today’s (big name) artists are unreachable icons placed on pedestals, stashed away in their ivory towers. Their lives are splashed all over the headlines daily amidst a cacophony of trite & irrelevant gossipy stories purporting to tell us who they are &what they’re about. We are mostly fed images designed to increase our desire & keep us chained to an industry that promotes these mainly so called desirable images whilst the music takes a back seat. This is one of the ways in which people identify with image & become unhealthily obsessed with it so one addiction leads to another & another & another, so on and so forth. There are also a whole plethora of industries feeding off this. This situation continues through copious amounts of money being generated for the few who obviously have an invested interest in keeping it that way. One of the main players in the industry is the well known Simon Cowell.

We are conditioned to go with the majority view this feels safe & people believe it must be right because everyone else is doing it etc., not many people like to buck the trend. Talent shows play on this conditioning by giving us stage managed audiences; family & friends of the contestants together with people within their communities & others are invited to attend these shows – they are told when to whoop, clap, shout, scream, stand up, sit down boo & hiss by the TV crew and they comply. Great musicians & their music never went away they just became submerged under a tidal wave of overly controlled, heavily directed mass produced wannabees thirsty for stardom & willing to do whatever is necessary to obtain it. The result of this is that the consumer/audience is being deprived of readily accessible real talent and also amounts to inauthentic, uninspiring, boring, reworked tunes being churned out over and over. Morals and ethics aside this unhealthy industry has grown exponentially and has masked and undermined a whole spectrum of musicians and artists whose talents are going unnoticed much to our detriment. So, is this what people REALLY want.

Time for a fresh approach: A major shift is occurring producing a new wave of musicians who are reaching out & working directly with their audiences. This is an insightful thing to do because it creates a mutually beneficial alliance for all. This type of musician owns his/her art & is not looking to sell themselves out for the promise of fame and fortune they are just looking to get their music heard and make a decent living. This is a healthy approach because it fosters a mutual respect between all concerned as we understand the amount of personal commitment, heart and soul musicians put in to get their music out there not to mention getting paid for it. There are amazing singer/songwriters (from all over the world) with powerful, quirky, comedic, inspirational, uplifting lyrics & music covering all genres. Many are multi-instrumentalists & because they are not tied to corporations they are free to explore, experiment & develop fully as artists which means we will see new instruments being utilised, styles, blends and arrangements traversing new musical landscapes – the possibilities are endless. Through the collaboration of musicians & their audience the musicians get to hear directly what their audience want & the audience get to choose what they hear instead of having an industry tell them what to listen to.

The majority of these artists also increasingly work with humanitarians & social movers & shakers such as http://www.witness.org/ all over the world to raise awareness about human rights issues, child slavery, drug & arms trafficking, homelessness, environmental concerns to name a few – so it’s not just big name artists that drive humanitarian campaigns. In this way the music & those it serves take centre stage.

There is also a shift happening now which redefines the fan. A new type of fan is emerging supporters who know what they want they are more discerning & more enthusiastic about playing a larger role in music. To my knowledge musicians have never been actively assisted by their supporters in a direct way before and this is currently a very under-utilised resource which musicians are tapping into. So what now – we can each do our bit to support this new wave of musicians & thus ensure the music we are listening to is good quality, authentic & has integrity, which in turn nourishes our souls & increases our health & vitality – surely we owe it to ourselves!